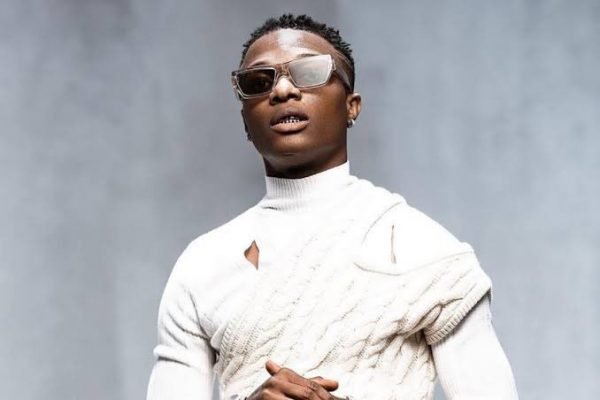 Wizkid net worth: Ayodeji Ibrahim Balogun, who goes by the stage name Wizkid  (sometimes stylized as Wizzy, Big Wiz or Starboy). Wizkid was born and raised in Lagos, Nigeria, on 16th July 1990. Wizkid is the most decorated Nigerian artist of all time (the most decorated African artist internationally) and one of the most revolutionary Afro-pop artists of the modern era.

Wizkid is one of Nigeria’s most talented artists who have featured several international acts, the likes of Drake, Tinie Tempah, and many more. His songs still top Billboard’s top 100 Hot music. His musical career can be traced back to 2009 in Empire Mates Entertainment E.M.E records owned by “Banky W” where he recorded his debut album “Superstar” in 2011, which had the Hit track “Holla at Your Boy” which apparently shot him to the limelight. Wizkid established his label imprint Starboy Entertainment in March 2013. The for establishing his own record label, according to him, was to give up-and-coming artists a platform to showcase their talent.

On January 5th, 2015, Wizkid released the music video for “Ojuelegba”, a song that highlighted the struggles he went through during the early years of his music career. Ojuelegba’s official remix featured vocals from Drake and Skepta; it premiered on OVO Sound Radio in July 2015. Wizkid first announced that he was working on a new album during a visit to London in October 2014. He revealed “African Bad Gyal” as his collaborative single with Chris Brown and said it would be the lead single from his third studio album.

In April 2015, the duo, Wizkid, and Chris Brown performed the “African Bad Gyal” at Brown’s concert in Durban, South Africa. Wizkid released “Expensive Shit”, an Afrobeats song built on light guitars, saxophone lines, and acoustic percussion, in May 2015; the song was reported as a likely inclusion on the album. In July 2015, Wizkid announced on Twitter that Angélique Kidjo would be featured on the album. In September 2015, he said he was dropping his EP and postponing his third studio album release. He made this announcement on Instagram shortly after the conclusion of 2Face Idibia’s Fortified tribute concert.

On April 5th, 2016, Wizkid became Nigeria’s first artist to be listed on Billboards Twitter last 24 hours chart, following his guest feature on Drake’s Afrobeats-infused “One Dance” single, charted at number 21. On 12 May 2016, the song reached number-one on the Billboard Hot 100 chart, which was kept for 10 non-consecutive weeks. “One Dance” became an international smash hit, topping the charts in 15 different countries, including the United Kingdom, Canada, Australia, France, and Germany. The single became Wizkid’s first number-one single as a featured artist in these territories.

The album was made available for purchase and online streaming on several music platforms, including Apple Music, Amazon Music, Spotify, Deezer, and Google Play. SFTOS debuted at number 107 on the US Billboard 200. It also debuted at number 58 on the Canadian Albums Chart. Three singles preceded the album’s release: “Daddy Yo” featuring Efya, “Sweet Love”, and “Come Closer” featuring Drake. “African Bad Gyal” was released alongside the pre-order for the album on 9 June 2017, and “Naughty Ride” was released as a promotional track on 23 June 2017.

Wizkid became the first Afrobeats artist to appear in the 2018 Guinness World Records to contribute to “One Dance”. His song “Soco” became his first Afrobeats single to be certified Gold in Canada. Later that year, he appeared on Normani and Calvin Harris’ EP Normani x Calvin Harris, on the song “Checklist”, which peaked at number one on the Billboard World Digital Song Sales chart.

Wizkid won the award for Best Music Video at the 63rd Annual Grammy Awards in 2021 as a lead artist on Beyoncé’s “Brown Skin Girl.”

What is Wizkid’s Net Worth?

Wizkid’s net worth as estimated by Forbes is ₦9.1Billion, Making him the Richest Musician in Nigeria in 2022.

Like other celebrities worldwide who live a luxurious lifestyle, owning cars and houses worth tens to hundreds of millions, Wizkid is not left out. He loves flashy, quality, and luxurious things, reflecting his fleet of cars in his garage. Amongst many of his cars includes a Hyundai Sonata worth N6 million, Mercedes Benz G63 AMG worth ₦60 million, BMW X6 worth N11 million, Porsche Panamera worth N13 million, which was crashed in an accident, and Bentley Continental GT Speed Convertible worth between ₦45- ₦50 million

Wizkid’s Singles and Year Of Release

On 23 October 2013, Wizkid signed an endorsement deal with Guinness for the “Guinness World of More” concert held at the Eko Convention Centre of the Eko Hotel and Suites in Victoria Island Lagos on 3 November 2013. On 18 June 2015, Wizkid ditched MTN and signed a ₦128 million deal with GLO.

What do you think about Wizkid net worth in 2022? Let’s hear your thoughts in the comments section.

Over the last two decades, the Nigerian music industry has birthed a series of young,…

Nigeria, aside from being the most populous black nation in the world is also home…