Tiwa Savage is a Nigerian singer, songwriter, and actress. She is the CEO of 323 Entertainment. In this article, we will unveil Tiwa Savage Net worth 2021 by Forbes, Tiwa’s Awards and Biography. 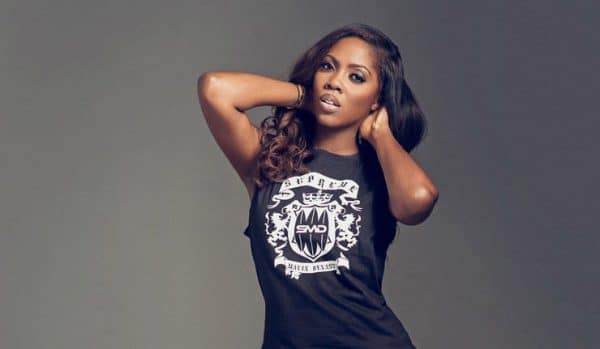 Tiwatope Savage Balogun, popularly known by the stage name “Tiwa Savage”. Tiwatope Savage is a Nigerian singer, songwriter, and actress. Tiwa was Born on the 5th of February 1980 in Abia State. She is from Isale Eko, Lagos State, Nigeria. Her father, Balogun was a retired commissioner of police, while her mother is an Igbo-born businesswoman. Tiwa’s family relocated to London when she was just 11 years old, where she did her secondary education.

After participating in the UK edition of The X Factor and graduating from Berklee College of Music, Savage signed a Sony/ATV Music Publishing deal in 2009. Savage, inspired by the growth of the Nigerian music industry, moved back to Nigeria, where Mavin Records signed her in 2012. Savage made an appearance in Mavin’s 2012 compilation album Solar Plexus.

Savage released her debut studio album Once Upon a Time on the 3rd of July 2013. These seven singles supported the album: “Kele Kele Love”, “Love Me”, “Without My Heart”, “Ife Wa Gbona”, “Folarin”, “Olorun Mi” and “Eminado” which was nominated for Best Album of the Year at the 2014 Nigeria Entertainment Awards and Best R&B/Pop Album at The Headies 2014.

Foston Musik premiered the Savage-assisted remix of Patoranking’s “Girlie O” on 19th May 2014, The song was produced by WizzyPro. The music video for the song “Girlie O” was shot and directed in London by Moe Musa. On 7th June 2014, Savage performed at the 2014 MTV Africa Music Awards alongside Miguel, Flavour N’abania, Davido, Mafikizolo, Uhuru, Oskido and Professor.

R.E.D was supported by two singles namely: “My Darlin” and “Standing Ovation”. Its deluxe edition was released in February 2016 and features guest vocals from Wizkid and the now defunct P-Square. R.E.D was nominated for Best Album at the 2016 Nigeria Entertainment Awards. Tiwa Savage recorded the album while pregnant with her son Jamil Balogun. The album was made available for free digital streaming on MTN Music on 21 December 2015 within 24 hours of its release, it became the music platform’s most-streamed album.

Savage signed a management and publishing deal with Roc Nation in June 2016. As of September 2017, Tiwa released her debut EP, Sugarcane. Both albums R.E.D and Sugarcane, was nominated for Best Album at the Nigeria Entertainment Awards.

In November 2018, Savage won Best African Act at the 2018 MTV Europe Music Awards; this made her the first-ever woman to win the category.

Tiwa Savage was married to Tunji “Tee Billz” Balogun. On 23 November 2013, the couple held their traditional marriage at the Ark in Lekki. The couple’s white wedding was held on 26 April 2014 at the Armani Hotel in Dubai. 1st January 2015, Savage and Balogun announced that they were expecting their first child together. Six months later, Savage gave birth to their son, Jamil Balogun.

On 28th April 2016, Balogun accused Tiwa of infidelity and his mother-in-law of witchcraft. In a 45-minute interview conducted by This Day newspaper and Pulse Nigeria, Tiwa Savage extensively addressed her husband’s lengthy social media posts regarding their marriage. She debunked her husband’s infidelity claims and accused him of financial recklessness, drug addiction and abandonment. She said her marriage to him was over.

What is Tiwa Savage Net Worth?

Tiwa Savage is the richest female musician in Nigeria with an estimated net worth of ₦5billion.

In July 2013, Tiwa Savage signed an endorsement deal with MTN Nigeria, the deal is reportedly worth ₦30 million. She also signed mouth-watering endorsement deals with global brands like Pepsi, Forte Oil and Maggi.

What do you think about Tiwa net worth in 2021? Let’s hear your thoughts in the comments section. 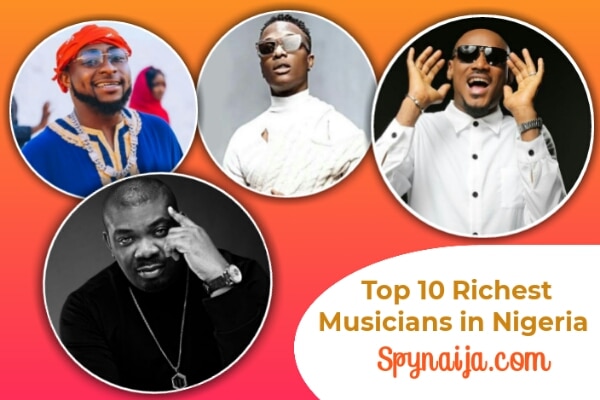 Over the last decade, The Nigerian Music industry has witnessed a major turn as a…

Top 10 Tourist Attractions In Nigeria Nigeria, an African country on the Gulf of Guinea,…

Davido Net Worth 2021 Forbes Over the last two decades, the Nigerian music industry has…

Wizkid Net Worth 2021 Wizkid Net worth 2021 Forbes: Wizkid is a Nigerian singer and…

The Richest Musicians in Ghana 2021 and their net worth: Over the last decade, the…