Nigeria, the most populous black nation on earth with an estimated population of about 200 million people. Nigeria’s mixed economy is the largest in Africa, the 26th-largest in the world by nominal GDP, and 25th-largest by PPP. It is a lower-middle-income economy. Nigeria is also home to top business entrepreneurs both the male and female genders, so in this article, we have meticulously listed the top 10 richest people in Nigeria, their biography and net worth in 2021. So without much ado let’s dive in. Come with me!!

Top 10 Richest People In Nigeria 2021 And Their Net Worth

Below is a list of Nigerian billionaires. This is based on an annual assessment of wealth and assets compiled and published by Forbes magazine. 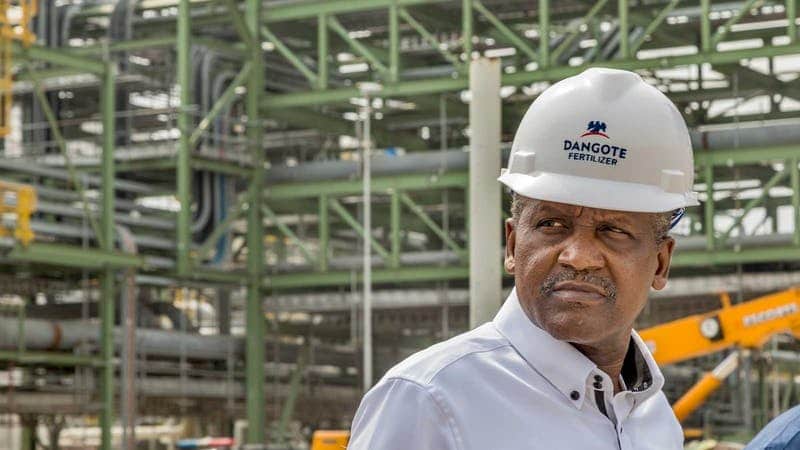 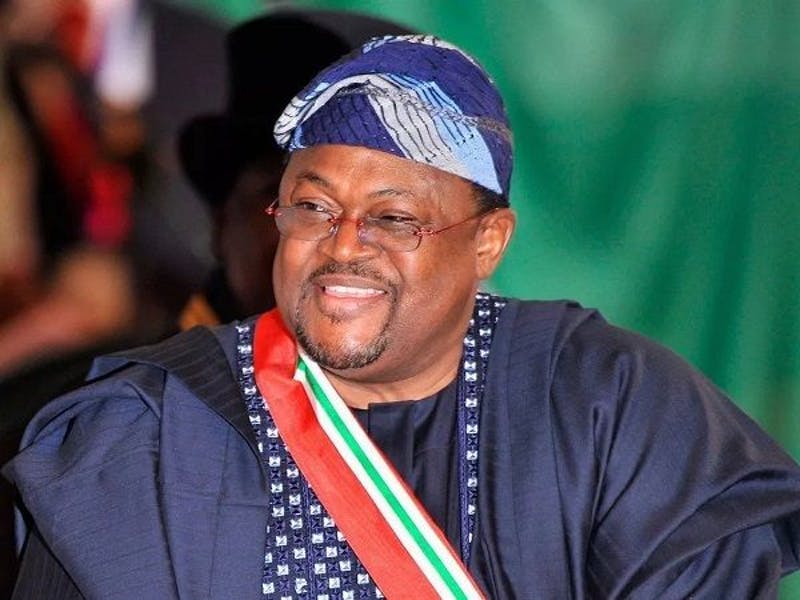 The second on our list of the richest people in Nigeria 2021 is Michael Adeniyi Agbolade Ishola Adenuga Jr, GCON (born 29 April 1953). Adenuga, Nigeria’s second richest man, built his fortune in telecom and oil production. His mobile phone network, Globacom, is the third-largest operator in Nigeria, with over 50 million subscribers and has a presence in Ghana and Benin. He owns stakes in the Equitorial Trust Bank. His oil exploration outfit, Conoil Producing, operates 6 oil blocks in the Niger Delta.
Adenuga got an MBA at Pace University in New York, supporting himself as a student by working as a taxi driver.
He made his first million at age 26 selling lace and distributing soft drinks.
His net worth as estimated by Forbes is $6.3billion 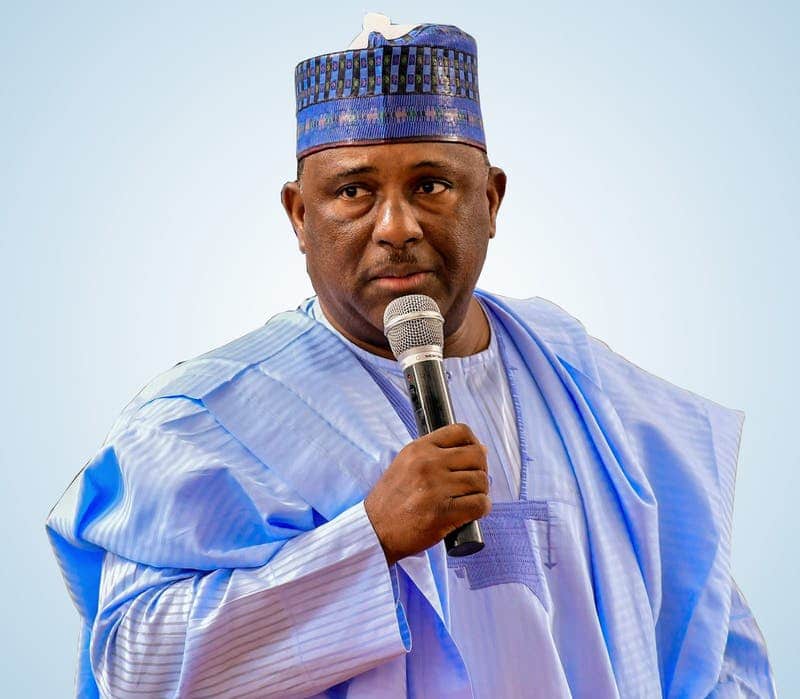 The third on our list of the richest people in Nigeria 2021 is AbdulSamad Isyaku Rabiu CON (born 4 August 1960, Kano Nigeria). Abdulsamad Rabiu is the founder of BUA Group, a Nigerian conglomerate active in cement production, sugar refining and real estate. He is also the chairman of the Nigerian Bank of Industry (BOI).
In December 2018, Rabiu merged his privately-owned Kalambaina Cement company with the listed firm Cement Co. of Northern Nigeria, which he controlled.
His BUA Group also owns Obu Cement, which expanded its production with a new line in 2018.
Rabiu, the son of a businessman, inherited land from his father.
He set up his own business in 1988 importing iron, steel and chemicals.
His net worth as estimated by Forbes is $5.5billion making him the 3rd richest man in Nigeria 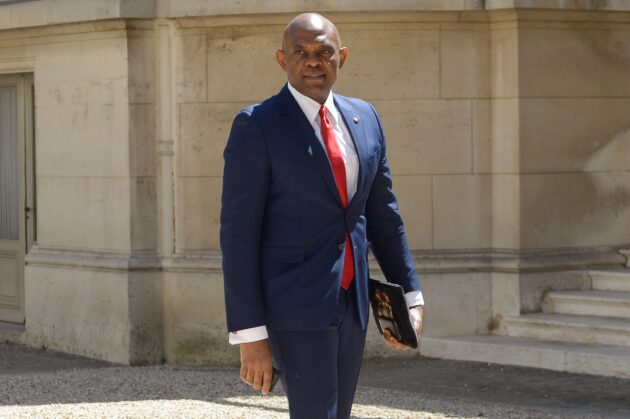 Tony Onyemaechi Elumelu is a Nigerian economist, entrepreneur, and philanthropist. He is the chairman of Heirs Holdings, the United Bank for Africa, Transcorp and founder of The Tony Elumelu Foundation. He came into the limelight in 1997 when he led a small group of investors to take over a small, floundering commercial bank in Lagos. He turned it profitable within a few years and in 2005 he merged it with the United Bank for Africa. That banking group now has subsidiaries in 20 African countries and the U.S and U.K. Elumelu also own extensive real estate across Nigeria and a minority stake in mobile telecom firm MTN Nigeria, among other assets.
Elumelu was born in Jos, Plateau State, Nigeria, in 1963. He hails from Onicha-Ukwu in Aniocha North Local Government Area of Delta State. Tony is reported to worth $1.4b making him the 4th richest man in Nigeria 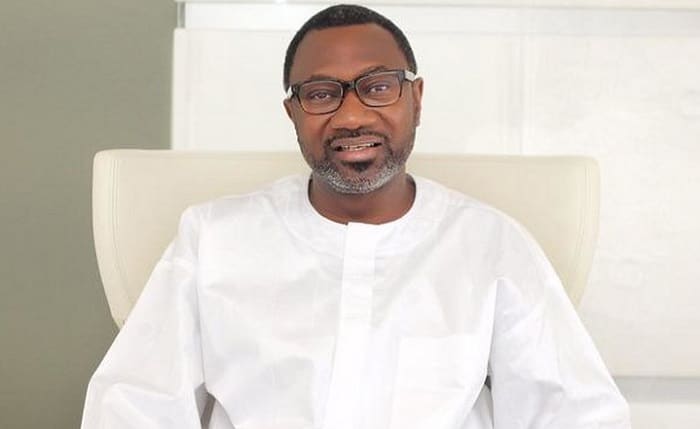 Femi Otedola was born on 4th November 1962. Femi Otedola is the controlling shareholder of publicly traded Forte Oil. Forte Oil has more than 500 gas stations across the country. It owns oil storage depots and manufactures its own line of engine oils. Otedola is the founder of Zenon Petroleum and Gas Ltd, and the owner of several other businesses across shipping, real estate and finance. He has recently invested in power generation as part of the liberalisation of the sector in Nigeria. Femi Otedola is reported to worth $1.8b making him the 5th richest man in Nigeria. 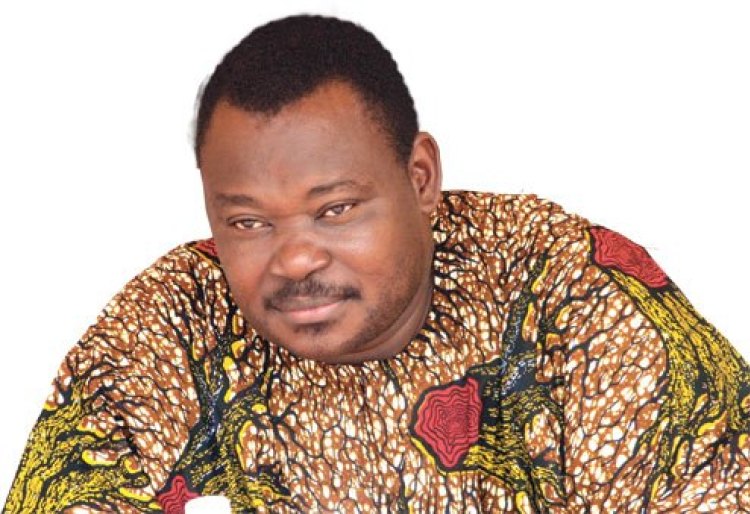 Jimoh Ibrahim. Jimoh Ibrahim is from Ondo State, Nigeria, he was born on the 24th of February 1967. Jimoh Ibrahim is a Nigerian lawyer, politician, businessman and philanthropist. He is the chairman and chief executive officer of Global Fleet Group, a diversified conglomerate based in Nigeria, with business interests and subsidiaries in neighbouring West African countries. Jimoh Ibrahim’s net worth according to Forbes is about $1.1 billion making him the 6th richest man in Nigeria 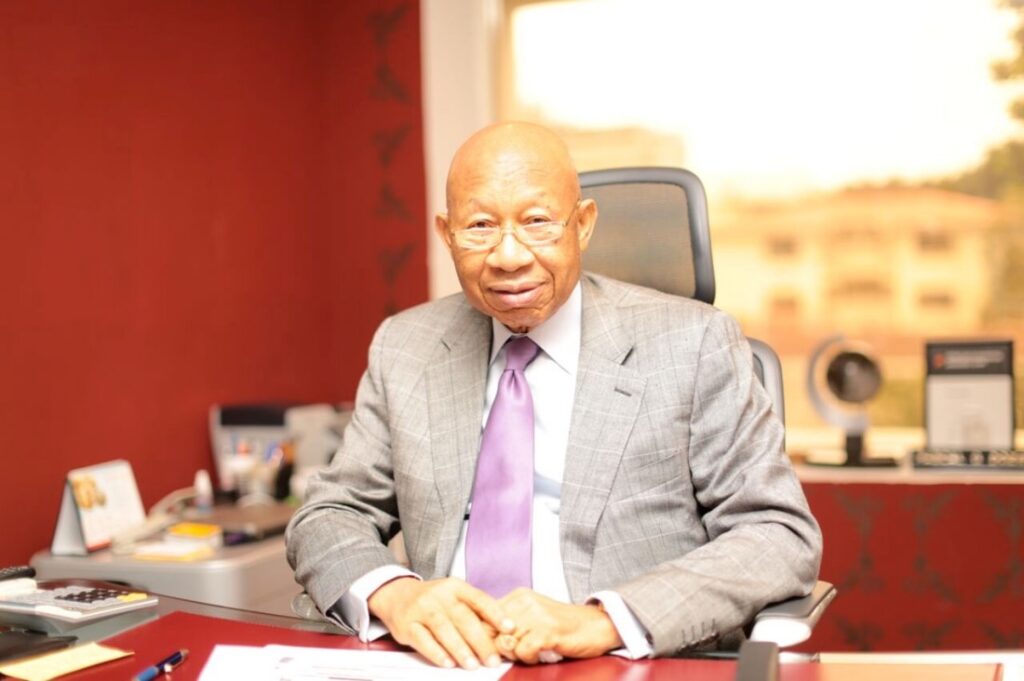 Pascal Gabriel Dozie is a Nigerian entrepreneur and businessman. Dozie was born on 9th April 1939 in Egbu village of Owerri, Imo State, Nigeria. He is the founder of Diamond Bank, he was the CEO of the Bank from 1991 to 2006 when he handed it over to his son Uzoma Dozie. He is also the chairman of Pan-Atlantic University. Dozie currently owns shares in MTN Group and was once the chairman of the company. He later resigned as the chairman and was succeeded by the former NCC boss Ernest Ndukwe. Pascal Gabriel Dozie is reportedly worth $1.1billion making him the 7th richest man in Nigeria 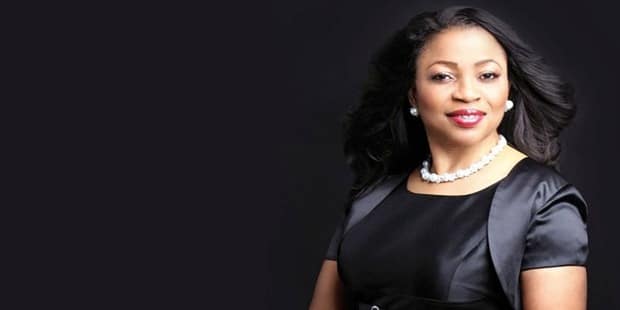 Folorunso Alakija is a Nigerian billionaire businesswoman. Folorunso Alakija is the richest woman in Nigeria, one of the richest African women, and one of the richest black women in the world. Folorunsho Alakija is the vice chairwoman of Famfa Oil, a Nigerian oil exploration company with a prolific offshore asset stake in Agbami Oilfield.
Famfa Oil’s partners include Chevron and Petrobras. In 2014, she temporarily unseated Oprah Winfrey as the richest woman of African descent in the world. She is involved in the fashion, oil, real estate, and printing industries.

The Nigerian government awarded Alakija’s company an oil prospecting license in 1993, which was later converted to an oil mining lease.
The Agbami field has been operating since 2008; Famfa Oil says it will likely operate through 2024.
Folorunso Alakija is the richest woman in Nigeria, her net worth as estimated by Forbes is $1billion making her one of the top 10 richest people in Nigeria 2021 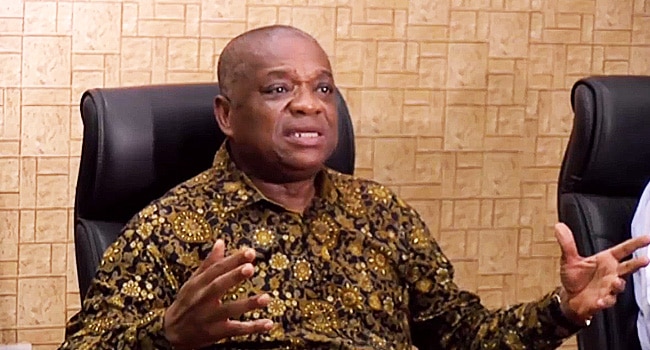 Orji Uzor Kalu was born in April 21, 1960 to the family of Mr. Johnson Uzor Nesiegbe Kalu and Mrs Eunice Kalu.
Orji Uzor Kalu is the founder of Slok Holding, a West African conglomerate with interests in shipping, banking, oil trading, manufacturing and the media. He got his start in business at age 19 after being expelled from a Nigerian university for spearheading a series of student riots. He borrowed $35 from his mother and started trading commodities like palm oil, rice and sugar. He diversified into furniture manufacturing and transportation and became a millionaire by the time he was 20. He hit the big time in the early 80s when the Nigerian military government awarded him lucrative contracts to import and supply arms and ammunition to Nigeria’s military and defence forces. He was previously a governor of Abia state in Nigeria’s southeast. Forbes’ estimate of his net worth has dropped since last year due to weakness in the oil business and a drop in real estate prices.
His current net worth as estimated by Forbes is $1billion 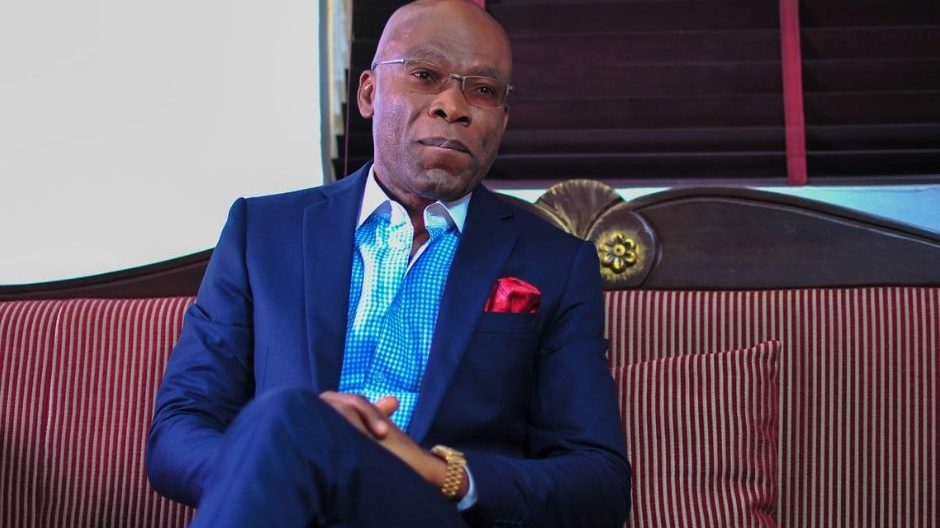 The tenth on our list of the top 10 richest people in Nigeria is Leonard Stanley Nnamdi Ekeh. Leonard Stanley Nnamdi Ekeh is a Nigerian entrepreneur and businessman. Leonard was born on 22nd February 1956 in Ubomiri Mbaitoli, Imo State, Nigeria. He is the founder and chairman of Zinox Group and also the chairman of Konga.
Leonard Stanley Nnamdi Ekeh started Zinox Technologies Limited in 2001 to manufacture computers. Before the launch of Zinox computers, he made sure to have acquired the WHQL (Windows Hardware Quality Labs Testing) certification, which is the first in sub-Saharan Africa, consolidated 5 years later with the attainment of the NIS ISO 2000: 9001 QMS Certification. In October 2013, the company announced the production of its computer tablet line named Zipad. In February 2018, Ekeh’s company Zinox acquired Konga.com from its owners buying 99% of the total company shares.

There you go, the top 10 richest people in Nigeria. Let’s hear your take in the comment section!!

Nigeria is blessed with some of the best brains in the world. There is literally…