Burna Boy is a Nigerian afro-fusion singer, dancer, and songwriter. He is the CEO of Spaceship Entertainment record label. This article will unveil Burna Boy’s Net worth in 2022 according to Forbes magazine, Burna Boy’s Awards, Biography, and personal life. 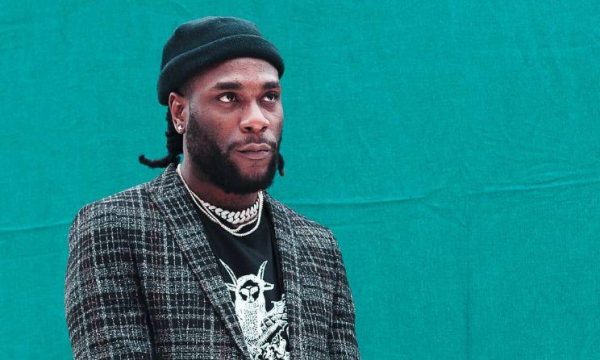 Damini Ebunoluwa Ogulu, popularly known by his stage name Burna Boy. Burna Boy was born on 2nd July 1991 to Mr. and Mrs. Ogulu in Ahaoda, Rivers State, Nigeria. Burna Boy is a Nigerian singer, songwriter, rapper, and dancer. Burna Boy has risen to become one of the biggest and most successful African artists of all time.

Damini Ogulu was born in Port Harcourt, Nigeria. His father managed a welding company while his mother worked as a translator. His grandfather Benson Idonije once managed the now-late music icon, Fela Kuti. His mother, Bose Ogulu, would later become his manager. Burna Boy grew up in the southern part of Nigeria. Burna Boy began making his own beats using FruityLoops, a digital audio workstation (DAW) developed by the Belgian company Image-Line. Burna Boy attended Corona Secondary School in Agbara Ogun State, Nigeria. He relocated to London to further his studies. He later studied Media Technology at the University of Sussex.

Burna Boy rose to prominence in 2012 after releasing “Like to Party”, Like to party was a lead single from his debut studio album L.I.F.E released in 2013. The album sold over 40,000 copies on the first day of its release.

In 2019, Burna Boy won Best International Act at the 2019 BET Awards; he was announced as an Apple Music Up, Next artist. Burna Boy released his fourth studio album, “African Giant”, in July 2019; it won Album of the Year at the 2019 All Africa Music Awards and was also nominated for Best World Music Album at the 62nd Annual Grammy Awards. Burna Boy was also awarded the African Artiste of the year at the 2020 VGMA.

Burna Boy and Stephanie Victoria Allen, better known by her stage name Stefflon Don had dated publicly for three and a half years from sometime in 2018 to late 2021 or later. The reasons for their breakup remain unknown to members of the public.

What is Burna Boy’s Net Worth?

Burna Boy’s net worth is estimated to be ₦6.4Billion, Making him amongst the top 10 Richest Musicians in Nigeria in 2022.

Like other celebrities worldwide who live a luxurious lifestyle, owning cars and houses worth hundreds of millions, Burna Boy is not left out as he loves not just flashy but quality and luxurious things, which reflect in his fleet of cars in his garage. Amongst many of his cars includes a Mercedes Benz G Wagon (worth N25 million), Lexus SC 430 (worth N18 million), Ford Edge Sport (worth N15 million), Bentley Continental GT (worth N200 million), 2013 Ferrari 485 Italia (worth N100 million), and a Rolls-Royce Dawn Convertible in (worth N125 million), and a Lexus salon 2015.

Below is a list of some of the outstanding awards won by Burna Boy since the inception of his music career.

Burna Boy won the Grammy award for Best Global Music Album for his album Twice as tall after being nominated twice, with Wizkid winning the Best Music Video for “Brown Skin Girl” by Beyoncé.

What do you think about Burna Boy’s net worth in 2022? Let’s hear your thoughts in the comments section.